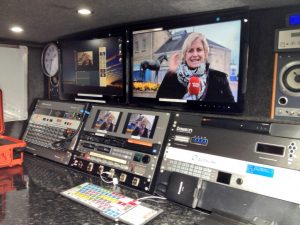 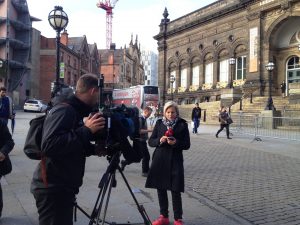 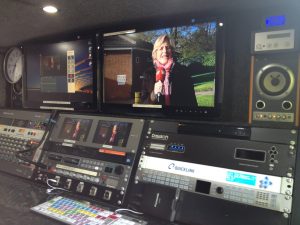 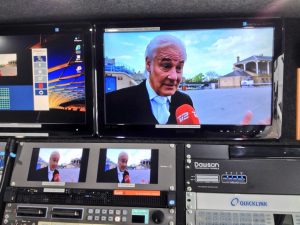 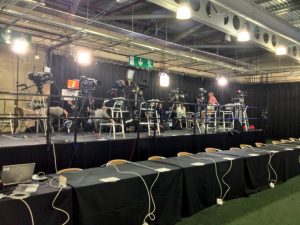 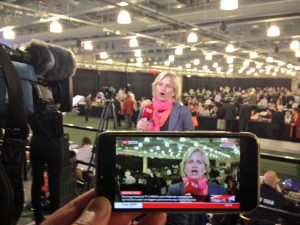 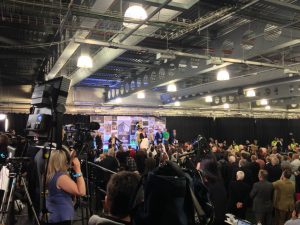 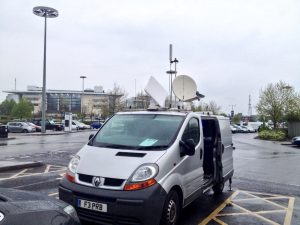 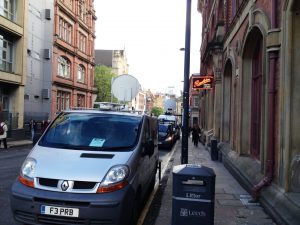 Using the Quicklink 1U Encoder, TV2 Denmark were able to produce for the first time a multi lingual news broadcast both in Danish and English for the UK elections. Spanning over 3 days, constant live broadcasts were transmitted with excellent quality over the Ka Band Network. Paul Bridgeman from SNG Broadcast explains;

“I used SD quality running over a 6MB line, in the adaptive mode to squeeze as much bandwidth as possible. The quality was really good and this would be comparable to any Ku service.”

One of the main valuable features for TV2 Denmark is that the Quicklink 1U Encoder has constant audio return communication (IFB). Paul Bridgeman from SNG Broadcast explains;

“This was very useful for our reporter and she relied on this heavily. The reporter was able to listen to her own language on the news channel over the comms to see what was happening around the UK. This was really valuable because it did not involve her being on the phone constantly to the newsroom and wondering what was going on”

During the 2015 elections SNG Broadcast were able to follow David Milliband and the Labour bus outside the Leeds City Museum, sending live footage back to TV2 Denmark via the satellite truck. On other days there was a permanent setup at Doncaster Racecourse, with a fibre link going to the election stage, which enabled multiple lives to be transmitted all night back to the main TV2 Denmark news channel.

The Quicklink 1U Encoder offers cost effective bonding combined with simplicity and ease of use. With enhanced bonding algorithms the 1U Encoder offers flexibility and resilience. Satellite optimisation and an intuitive adaptive mode on the advanced software ensures that the encoder offers reliability and robust performance by compensating for any satellite degradation.

The Quicklink 1U Encoder is part of the live hardware broadcast range from Quicklink. Speak to a member of the sales team +44 1792 720880 or email sales@quicklink.tv

We use cookes to ensure that we give you the best experience on our website. Full details can be found here.