Founded in 2014, Tempo Storm competes professionally in a number of esports games including Hearthstone, Heroes of the Storm, World of Warcraft, FIFA, PlayerUnknown’s Battlegrounds, Fortnite, Super Smash Bros, Melee and Ultimate. Tempo Storm is now one of the most decorated teams in esports and features some of the best competitors and broadcast personalities.

At the core of Tempo Storm’s operations is a production studio that produces high quality viewing experiences across all genres of content. This content is then published on platforms such as YouTube and Twitch. As a result of using the Studio solution, Tempo Storm’s viewers have come to expect the clarity of their broadcasts to be the new standard in the industry.

“The Quicklink Studio solution is by far the best option in esports when it comes to remote casting and interviews. The quality of the image makes it seem like our talent is in the studio with us. The solution is a step above the rest and we highly recommend to anyone looking to improve their video conferencing capabilities.” Carlos Rivera, Head of Production at Tempo Storm.

Carlos added “The quality is so much better compared to other systems we have tested.  There is a night and day difference when it comes to quality and the latency is non-existent”.

Tempo Storm plans to use the Quicklink Studio solution for the foreseeable future and will use in line with events such as Rexzilla League, Tempo Storm Smash Bros League, Holiday Hunt and Sleigh and Pray. 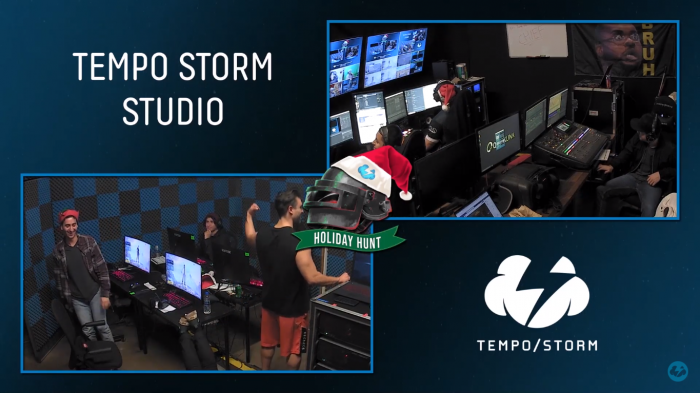